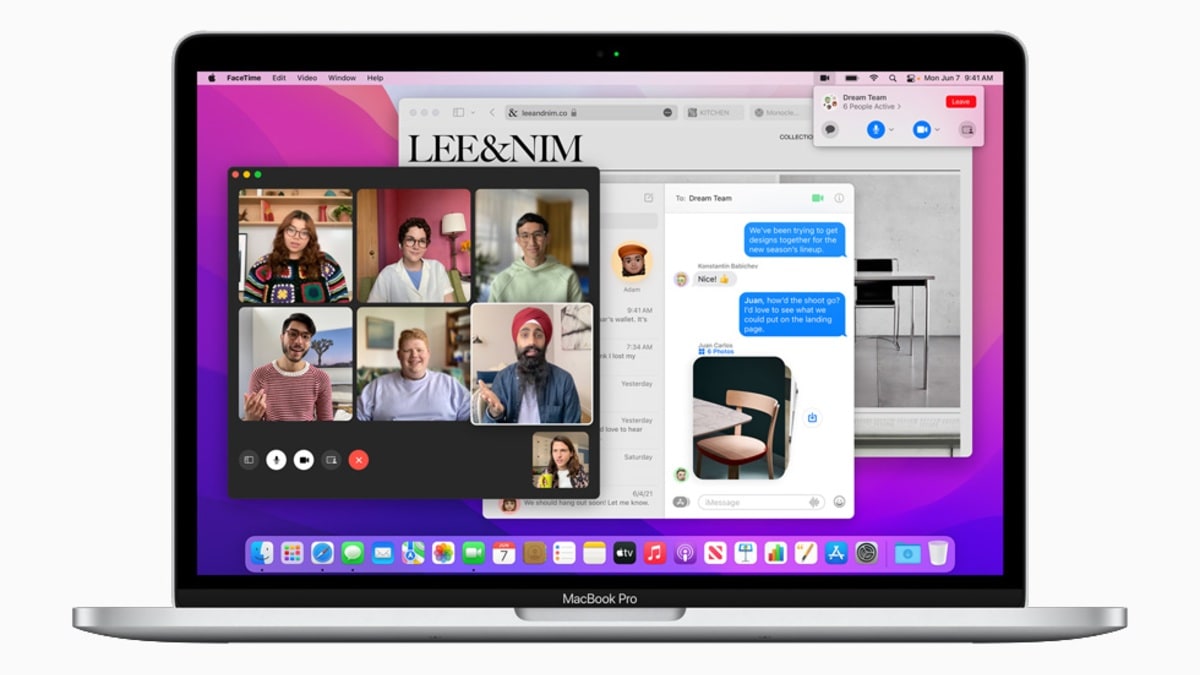 macOS Monterey has been introduced by Apple at its WWDC 2021 keynote as its next version of macOS — and the successor to last year’s macOS Big Sur. Unlike the previous operating system, macOS Monterey 12 does not bring any significant interface changes. It is, however, aimed to make your work more fluidly across Apple devices with new features including Universal Control and AirPlay. The new macOS version also brings an updated Safari browser with a compact design. In addition to macOS 12, Apple showcased its new developer tools to help developers bring new experiences to their apps. One of those tools is Object Capture that allows app developers to create 3D models of real-world objects directly from their photos.

Developers with an Apple Developer Programme account can install the first beta release of macOS Monterey today. It will also reach a larger audience through a public beta next month and will be available as a free software update to compatible Mac devices this fall.

One of the most interesting features that macOS Monterey brings is Universal Control. This is an extension to Apple’s existing Continuity and allows users to use a single mouse and keyboard seamlessly between their Mac and iPad devices. It is indeed similar to how peripheral manufacturers including Logitech have offered keyboards and mice with multi-device support. However, Apple has moved beyond that third-party experience and offers a seamless workflow for switching between Mac and iPad devices. Users can also drag and drop their content back and forth between devices.

Alongside Universal Control, macOS 12 has AirPlay support to let iPhone and iPad users play content such as their favourite movies or videos or even games and presentations on their Mac devices. This is similar to how you can already use AirPlay to cast your content on a supported TV. The new operating system also allows Mac users to use its sound system as an AirPlay speaker.

The macOS Monterey update also brings Shortcuts, that first arrived on iOS and iPadOS last year, to help users automate tasks. Users can customise shortcuts as per their requirements using the Shortcuts Editor for Mac. Further, Shortcuts is integrated across most macOS elements including the menu bar, Finder, Spotlight, and even Siri. Users can also import their existing Automator workflows into Shortcuts.

Similar to iPadOS 15, macOS Monterey comes with Quick Notes to let you jot down notes while using any app or browsing a website. There is also the Focus feature set to let the system filter out notifications to reduce disturbance and distraction.

macOS 12 also has updated FaceTime — also a part of iOS 15 — that brings spatial audio support, a new Grid View, and comes with the SharePlay integration. On machines with Apple’s M1 chip, FaceTime is also capable of using the integrated Apple Neural Engine to blur the user’s background.

Apple has also offered the new Safari on macOS Monterey that features a new tab design. The browser also includes Tab Groups to let you save and manage multiple tabs under one title. These Tab Groups can also be synced across Mac, iPhone, and iPad devices. There is also an ability to hide IP addresses that could essentially contract the demand for a virtual private network (VPN) on Mac computers. 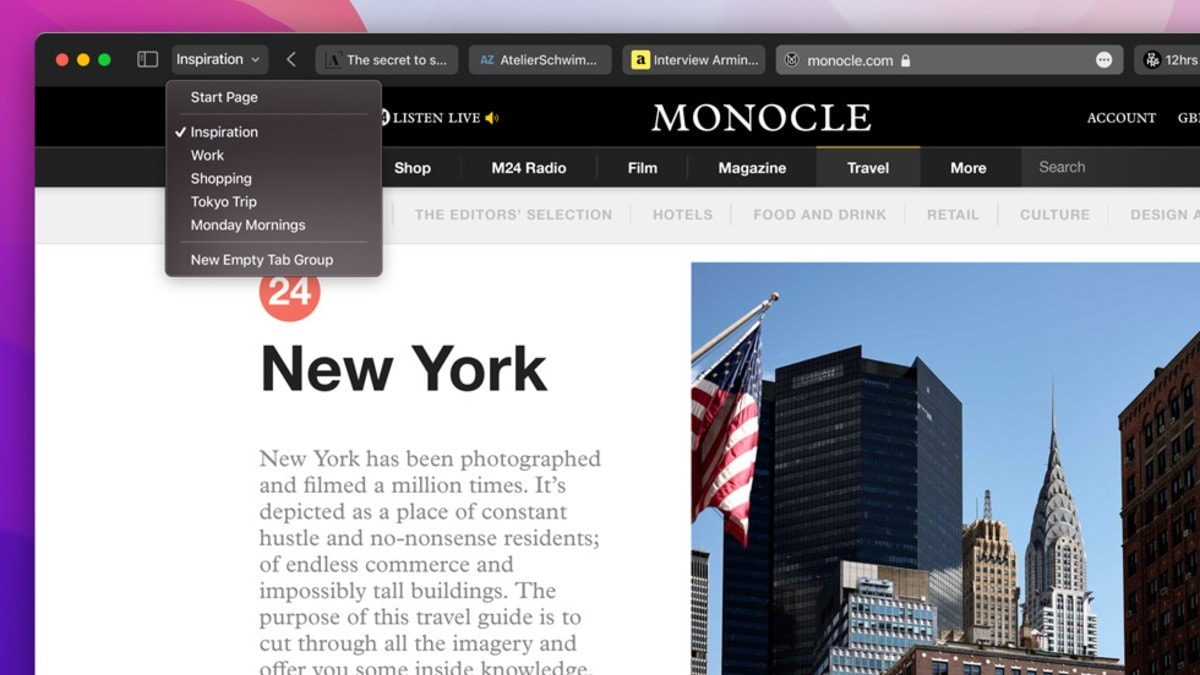 There are also preloaded features including Live Text and Mail Privacy Protection. The new version also has accessibility features to let people add alternative image descriptions from Markup and get improved Full Keyboard Access and new cursor customisable options. AirPods Pro and AirPods Max users will also get a spatial audio experience through their Mac computers.

In addition to macOS Monterey, Apple at the WWDC 2021 keynote has brought some of its new tools for developers. One of them is Object Capture, which is a part of augmented reality (AR) framework RealityKit 2 and is designed to create high-quality 3D models from still photos. The models once created can be viewed in AR Quick Look. Developers could be able to use Object Capture in their apps to enable 3D rendering from photos.

Apple said developers including Maxon and Unity are already using Object Capture to bring 3D content creation within some of their content creation apps, such as Cinema 4D and Unity MARS. Moreover, RealityKit 2 also includes features that are claimed to help developers build more realistic and complex AR experiences with greater visual, audio, and animation control.

For extended app development, Apple announced Swift Playgrounds 4 that will be available later this year and allow users to create and submit their apps directly to the App Store using iPad.

Developers working on iOS and macOS apps are also getting Xcode Cloud, which is available through Xcode 13, and offers features such as parallel testing and device simulation.

Apple has also announced updates pertaining to the App Store. These include the ability to provide more traction to apps and games with events like live competitions and movie premieres. The company said that it will provide discovery of these events through personalised recommendations, editorial selections, search results, and on-app product pages available on the App Store.

Apple has also offered new APIs and tools in iOS, iPadOS, and macOS to help game developers bring new experiences. Further, SharePlay API will be available for third-party developers to integrate their apps to the new sharing experience available on FaceTime. Developers can also use FaceTime enhancements, including Voice Isolation, Wide Spectrum Audio, and Portrait mode.

Developers are also offered with a ShazamKit for integrating its audio recognition technology into their apps. Furthermore, Apple has brought TestFlight on the Mac to let developers test their app experiences live on a MacBook or iMac — before making it live for the masses.