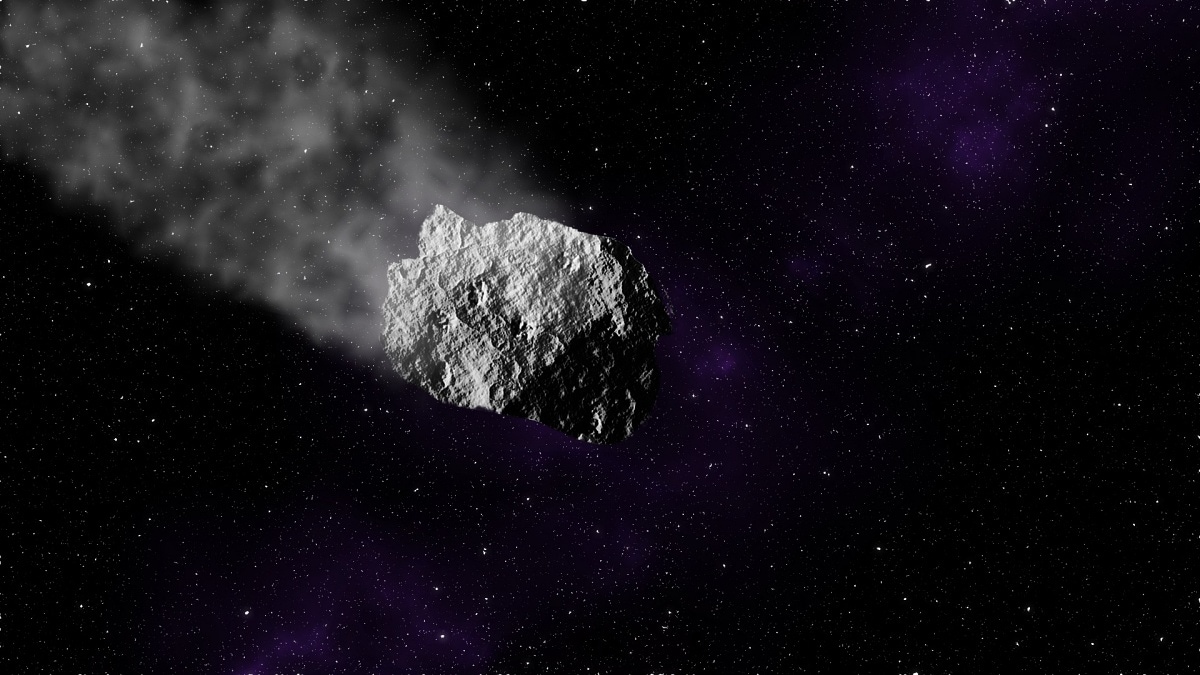 A huge ‘potentially hazardous’ asteroid is expected to fly past Earth tomorrow. The asteroid 1998 OR2 is said to be more than a mile-long, and if it were to strike the planet, it could cause extreme havoc. However, NASA has put all rumours regarding this huge asteroid to rest, and says that it ‘poses no threat to our planet’. The space agency confirms that the asteroid won’t come anywhere near a collision, and will pass by silently on April 29. The asteroid’s approach can be viewed online or even through smaller telescopes, and NASA says that there’s a lot that can be learnt by studying it.

The NASA Asteroid Watch Twitter handle confirmed that the asteroid 1998 OR2 will safely pass Earth by 6.2 million kilometres. It calls out a recent Daily Express report implying that the asteroid could end human civilisation if it hits. NASA says that it has issued no warning about this asteroid and says that there is no reason to panic. In a separate tweet, NASA adds, “The orbit is well understood and it will pass harmlessly at 16 times the distance to our moon. No one should have any concern about it.”

On April 29. asteroid 1998 OR2 will safely pass Earth by 3.9 million miles/6.2 million km. A @Daily_Express article implying there is a “warning” about this asteroid is false. A complete listing of all asteroid passes is always public at https://t.co/i6i8HwCDJq. Carry on!

In a separate Facebook post, NASA reiterates that asteroid 1998 OR2 poses no threat to our planet, but we can still learn a lot by studying it. NASA claims that all objects that fly pass by Earth within 50 million kilometres are considered as near-earth objects. Furthermore, objects that pass within 8 million kilometres of Earth are studied by NASA to predict their future path.

According to NASA estimates, the asteroid is between 1.8 to 4.1 kilometres wide. The asteroid’s approach can be witnessed live via the Virtual Telescope Project that is founded by astrophysicist Gianluca Masi. The stream should begin at 6pm UTC (11.30pm IST) tonight. Space.com says that the asteroid was earlier visible through professional telescopes only, but as it approaches closer to Earth, it may be seen through smaller telescopes as well. The space rock is reportedly racing through the cosmos at more than 31,000 kmph.