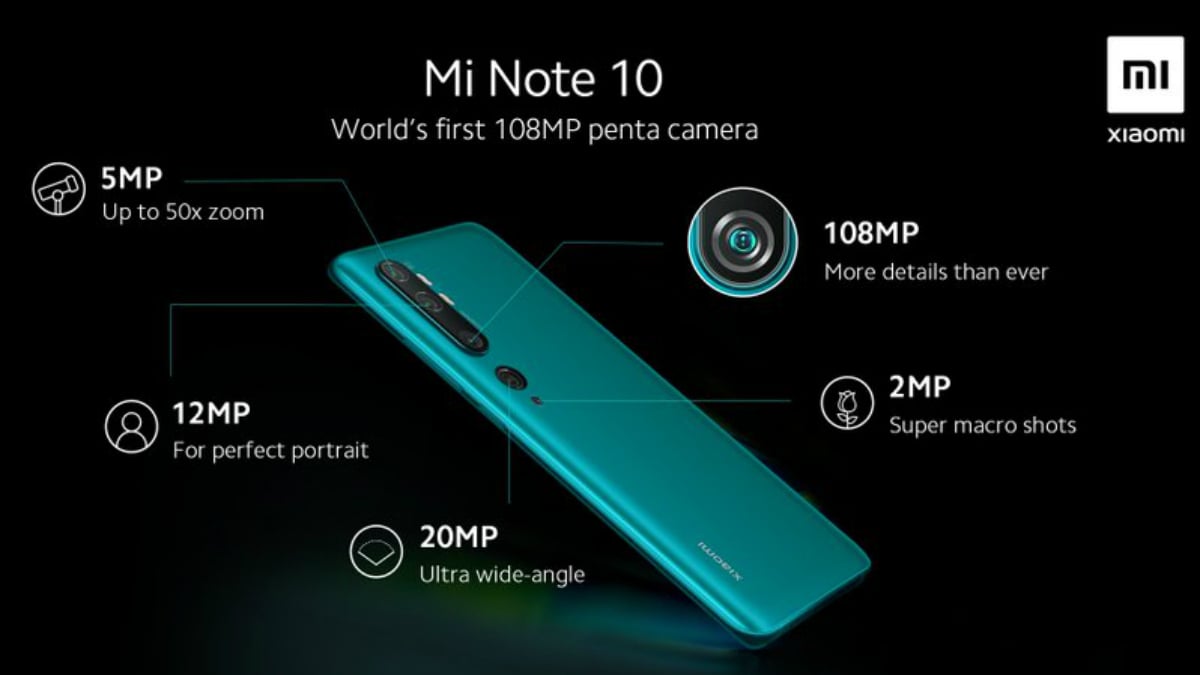 Mi Note 10 is set to launch on November 6, Xiaomi has announced through its social media channels. The Chinese company has said the Mi Note 10 launch would take place in Madrid, Spain. In the recent teasers, Xiaomi highlighted that the Mi Note 10 will debut with a 108-megapixel primary camera. The Mi Note family hasn’t received an update since the launch of the Mi Note 3 back in September 2017. The Mi Note 3 was launched with an octa-core Qualcomm Snapdragon 660 SoC and dual rear cameras.

Xiaomi through its official Twitter account on Sunday announced that the Mi Note 10 launch will be held at 11:30am CEST (3pm IST) on Wednesday, November 6 in Madrid, Spain. Last week, a teaser posted by Xiaomi Poland account on Facebook hinted at the November 14 launch of the Mi Note 10. That may specifically be associated with the local debut in the Poland region — considering the latest development.

The Mi Note 10 will sport the 108-megapixel primary camera sensor, if we believe the recent teasers. The sensor will include 10x hybrid zoom and up to 50x digital zoom, Xiaomi teased through its Twitter account. Further, the Mi Note 10 camera setup has been detailed in a new teaser that showcases the presence of penta rear cameras, comprising the 108-megapixel primary sensor, 12-megapixel secondary sensor for portrait shots, and a 5-megapixel tertiary sensor to enable up to 50x zoom.

Mi Note 10 is believed to be the global variant of the Mi CC9 Pro. It is, therefore, quite presumable that both phones will carry identical specifications.

Xiaomi through its Weibo page last week confirmed that the Mi CC9 Pro will debut with a 32-megapixel selfie camera that will support 12 special filters to enhance your self-portrait shots. The smartphone would also include optical image stabilisation (OIS) support. Xiaomi has also revealed the presence of Snapdragon 730G SoC and 5,260mAh battery in the phone.

A recently spotted TENAA listing suggested that the Mi CC9 Pro would come with 6GB, 8GB, and 12GB RAM options and 64GB, 128GB, and 256GB onboard storage variants. The smartphone surfaced on TENAA would also have a 6.47-inch full-HD+ (1080 x 2340 pixels) OLED display.