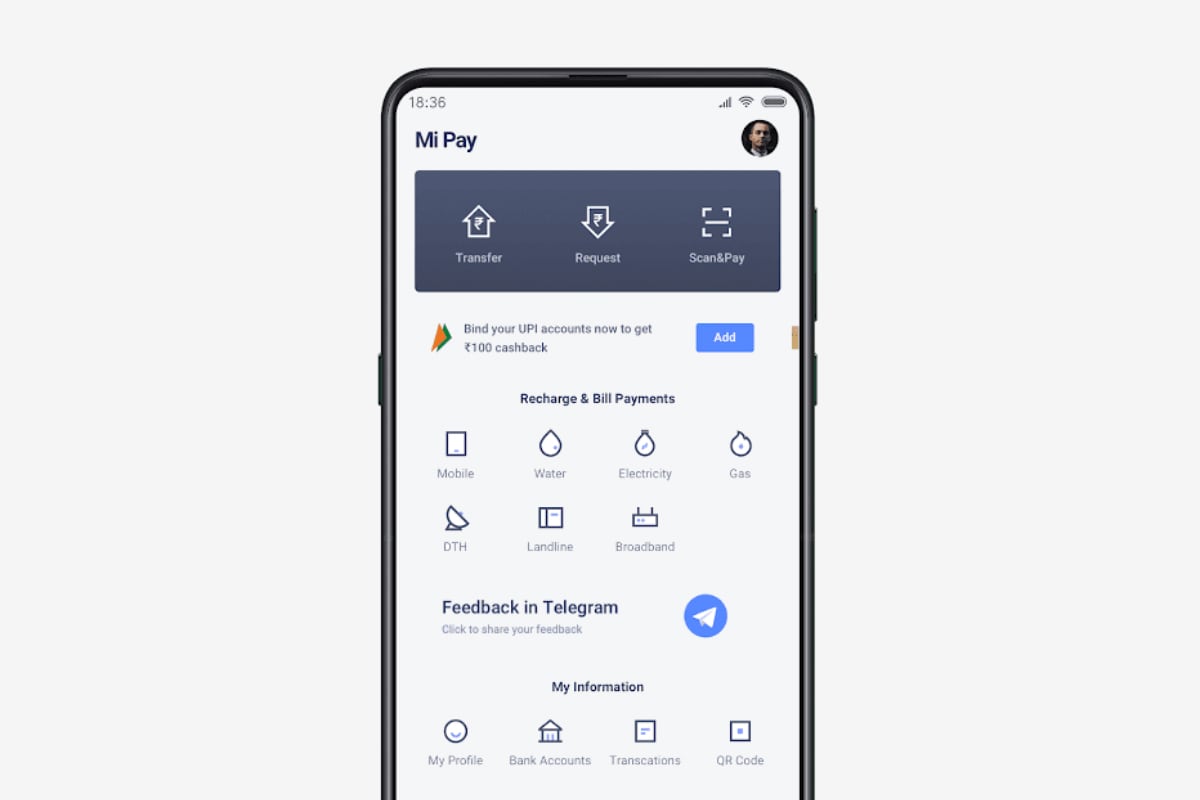 Mi Pay, which comes preloaded on Xiaomi phones and was initially available for download through the Mi Apps store, has made its way to Google Play. The app is available for free on Android devices through Google Play and is designed to offer an integrated payment solution with UPI money transfers, recharges, and bill payments under one roof — countering Google’s in-house Google Pay and other apps such as Paytm and BHIM. Unlike existing mobile payments apps, the Mi Pay app requires a Mi Account for sign in. The app is designed by Xiaomi in a collaboration with ICICI Bank.

The Mi Pay app can be linked with your existing bank account through UPI to enable mobile payments while on-the-go. Similar to the likes of Google Pay, Xiaomi’s app lets you send or request money by entering UPI ID or account number of your contacts. There are also features to recharge mobile accounts and pay postpaid mobile, landline, broadband, and DTH bills.

Xiaomi has also provided support for paying utility bills or make transactions at offline stores where UPI payments are accepted. Further, the Mi Pay app allows you to view your transaction history. You can also generate your personal static or dynamic QR code for receiving payments from other UPI users.

Back in March, Xiaomi launched the Mi Pay app for its users in India. The app was initially available as a part of MIUI 10 on Xiaomi phones and reached the Mi Apps store for older MIUI-based handsets. On Xiaomi phones, it also comes with a deeper integration than what you’ll get on smartphones of other brands and access payment support through the contacts, Scanner app, vault screen, and the Messaging app.

Nevertheless, Xiaomi has finally brought the Mi Pay app to Google Play to broaden its presence. The app is available for download on devices running Android 4.2 or later. Moreover, it is 5.1MB in size.