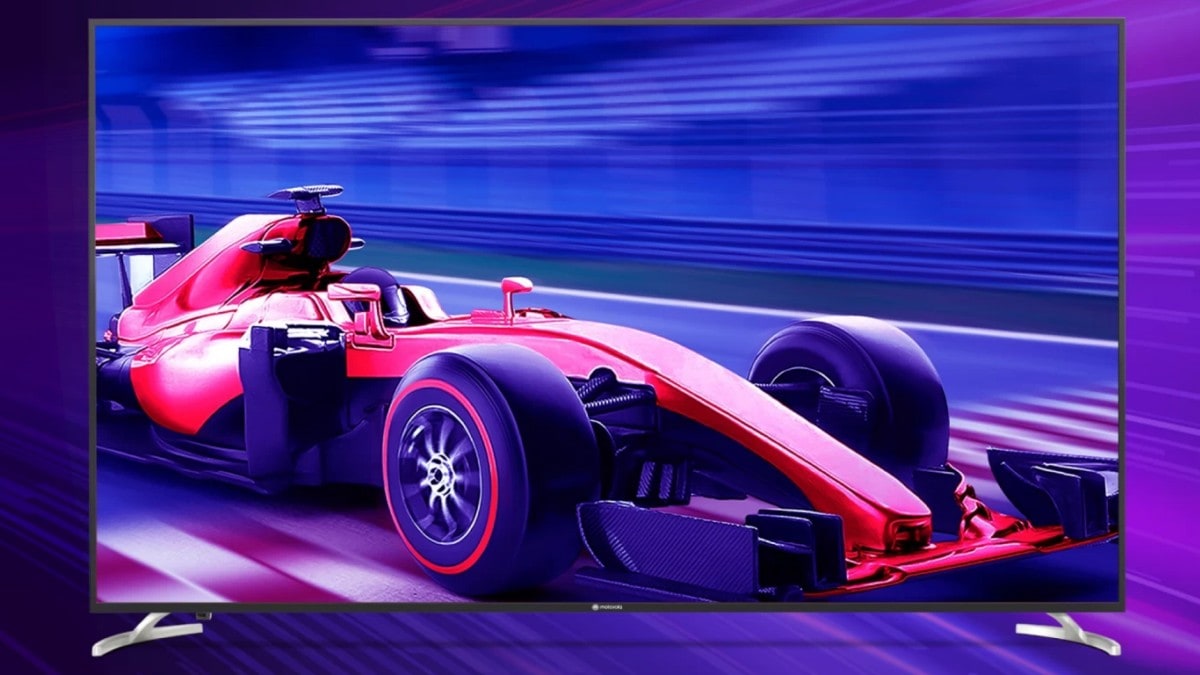 Motorola has brought a new 4K UHD Smart TV to the Indian market that packs a 75-inch display with Dolby Vision and HDR 10 support. The 75-inch Motorola smart TV joins the company’s current portfolio of TVs that starts with a 32-inch model with HD resolution and goes up to a 65-inch variant with 4K UHD resolution. The new 75-inch model comes with Google Assistant on board and is equipped with dual 30W speakers, alongside support for Dolby Audio and DTS Surround Sound technology that promises to deliver better sound output.

The 75-inch Motorola 4K UD smart TV, whose listing went live on Flipkart earlier this week, is priced at Rs. 1,19,999. As per a tweet from the official Motorola India channel, the TV will go on sale at 4pm today via Flipkart, and it also mentions that there will be limited stock up for grabs. Sale offers include no-cost EMI, 10 percent discount on SBI debit and credit cards, 5 percent discount on Axis Bank Buzz credit cards, and 5 percent unlimited cashback for purchases made using a Flipkart Axis Bank Buzz credit card.

The listing of Motorola’s 75-inch 4K UHD Smart TV went live on Flipkart earlier this week, and it joins the six other smart TVs from the company that are now available in India. As far as internal hardware goes, it features a 75-inch (3840 x 2160 pixels) display with 16:9 aspect ratio, 178-degrees viewing angle, and offers a peak brightness of 450 nits. It also comes with AutoTuneX Display technology to tune the content in each frame for adjusting values such as contrast to optimise the viewing experience.

The freshly-launched 75-inch Motorola TV also brings support for Dolby Vision and HDR 10, as well as local dimming. It also comes with Google Assistant on board and runs Android on the software side with the ability to run Android games that can be played with the supplied wireless game controller. There is support for entertainment apps such as Netflix and Amazon Prime Videos.