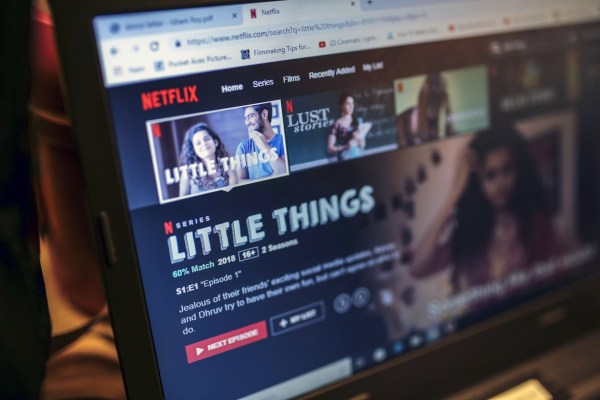 Netflix may still not have a million subscribers in India, but it continues to invest big bucks in the nation, where Disney’s Hotstar currently dominates the video streaming market.

Reed Hastings, the chief executive of Netflix, said on Friday that the company is on track to spend 30,000 million Indian rupees, or $420.5 million, on producing and licensing content in India this year and the next.

“This year and next year, we plan to spend about Rs 3,000 crores developing and licensing content and you will start to see a lot of stuff hit the screens,” he said at a conference in New Delhi.

The rare revelation today has quickly become the talk of the town. “This is significantly higher than what we have invested in content over the past years,” an executive at one of the top five rival services told TechCrunch. Another industry source said that no streaming service in India is spending anything close to that figure on just content.

While it remains unclear exactly how much capital other streaming services are pouring on content, a recent KPMG report estimated that Hotstar was spending about $17 million on producing seven original shows this year, while Eros Now had pumped about $50 million into its India business to create 100 new original shows. (The report does not talk about licensing content expenses.)

Netflix, which entered India as part of its global expansion to more than 200 nations and territories in early 2016, has so far produced more than two dozen original shows and movies in the country and inked partnerships with a number of local studios including actor Shah Rukh Khan’s Red Chillies Entertainment.

Hastings said several of the shows that the company has produced in India, including A-listed cast starring thriller “Sacred Games” and animated show “Mightly Little Bheem” have “travelled around the world.” More than 27 million households outside of India, said Hastings, have started to watch “Mighty Little Bheem,” a show aimed at children.

Netflix, which is expected to spend about $15 billion on content globally next year, has never shared the number of subscribers it has in India. (It has over 150 million subscribers globally.) But the company’s financials in the country have improved in recent quarters. In the financial year that ended in March, the company posted a revenue of $65 million and profit of about $720,000 for its India business.

India has emerged as one of the last great growth markets for technology and entertainment firms. About half of the nation’s 1.3 billion population is now online and a growing number of people are beginning to transact online.

To broaden its reach in the nation, Netflix earlier this year introduced a new monthly price tier — $2.8 — that allows users in India to watch the streaming service in standard quality on a mobile device. (The company has since expanded this offering to Malaysia.)

Netflix competes with more than three dozen on-demand video streaming services in India. Chief among its competitors in the nation is Disney’s Hotstar. Hotstar’s content bouquet includes live TV channels, streaming of sports events, and thousands of movies and shows, many syndicated from global networks and studios such as HBO and Showtime.

The ad–supported service offers more than 80% of its catalog at no charge to users and charges 999 Indian rupees ($14) a year for its premium tier.

Among the licensed content that Hotstar — or its operator Star India — own in the country include rights to stream a number of cricket tournaments. Cricket is incredibly popular in India and has helped Hotstar set global streaming records.

In May this year, Hotstar reported that more than 25 million people simultaneously watched a cricket match on the platform  — a global record. The service, at the time, had more than 300 million monthly active users.

Commenting on the competition, Hastings said the next five to 10 years is going to be “the golden age of television” as “unbelievable and unrivalled levels of investment” go into producing content. “They are all investing here in India. We are seeing more content made than ever before. It’s a great export,” he added.

Disney+, the recently launched streaming service from the global content conglomerate, is set to be available in India and Southeast Asian markets next year through Hotstar, TechCrunch reported last month.