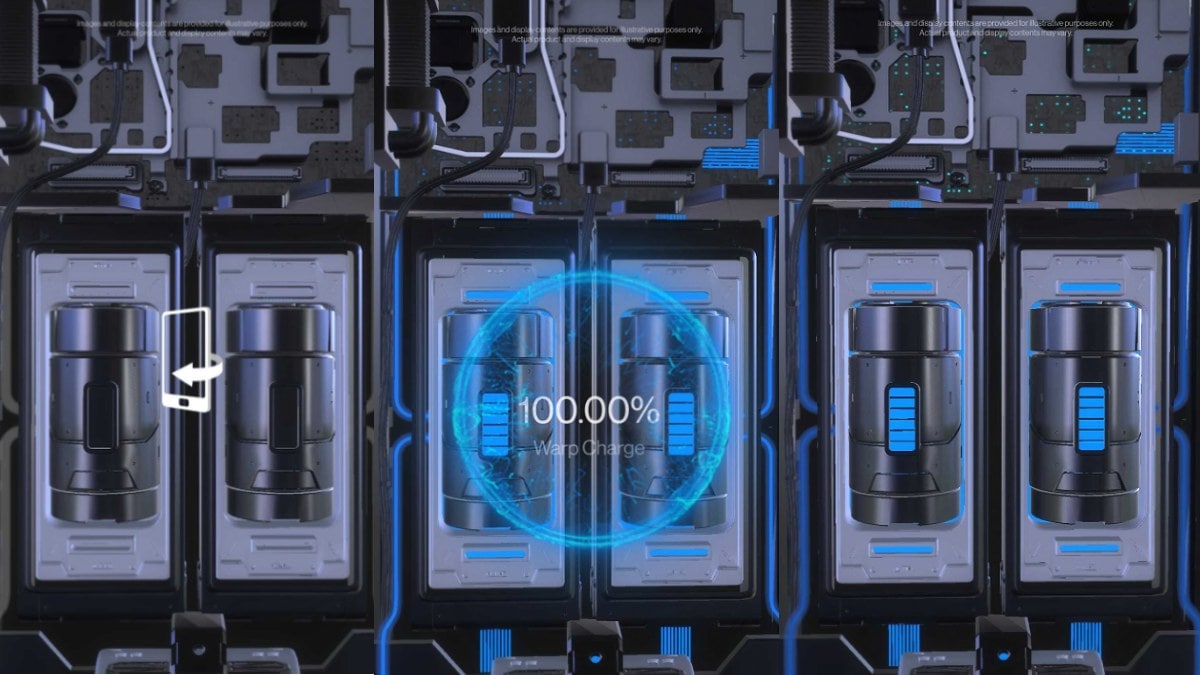 OnePlus 8T may support 65W Warp Charge. OnePlus’s landing page for the launch event of the upcoming phone has a dual-cell charging system as the main focus and it is teasing its “newest Warp Charge technology”. In its latest teaser for OnePlus 8T, the company hints that the phone will offer ultra-fast charging speeds. All this makes it likely that OnePlus will have the fast 65W Warp Charge for its latest phone as its sister entity Oppo already offers the same.

The landing page (check on a mobile device) for the OnePlus 8T launch invitation shows a dual-cell charging system that charges very fast.

OnePlus‘s expected use of dual-cell 65W fast charging system comes after Oppo introduced a similar technology with the Find X2 in the form of 65W SuperVOOC 2.0. Find X2 Pro claims to charge up to 100 percent in 38 minutes, and it is likely that OnePlus 8T will also have similar figures.

OnePlus 8T is set to launch in India on October 14.

OnePlus 8T will feature a 6.55-inch display with 120Hz refresh rate. It will come with a screen-to-body ratio of 91.9 percent. The phone is expected to be powered by Qualcomm Snapdragon 865+ SoC, paired with up to 12GB of RAM and up to 256GB of onboard storage.

Coming to photos and videos, OnePlus 8T may feature a quad rear camera setup that includes a 48-megapixel primary sensor with optical image stabilisation (OIS), a 16-megapixel sensor, a 5-megapixel shooter, and a 2-megapixel snapper. The phone is tipped to have a 16-megapixel camera in the front.

The OnePlus 8T may be offered in two colours – Aquamarine Green and Lunar Silver. It is expected to pack a 4,500mAh battery with support for 65W Warp Charge fast charging, as mentioned above.

Is OnePlus 8 Pro the perfect premium phone for India? We discussed this on Orbital, our weekly technology podcast, which you can subscribe to via Apple Podcasts or RSS, download the episode, or just hit the play button below.