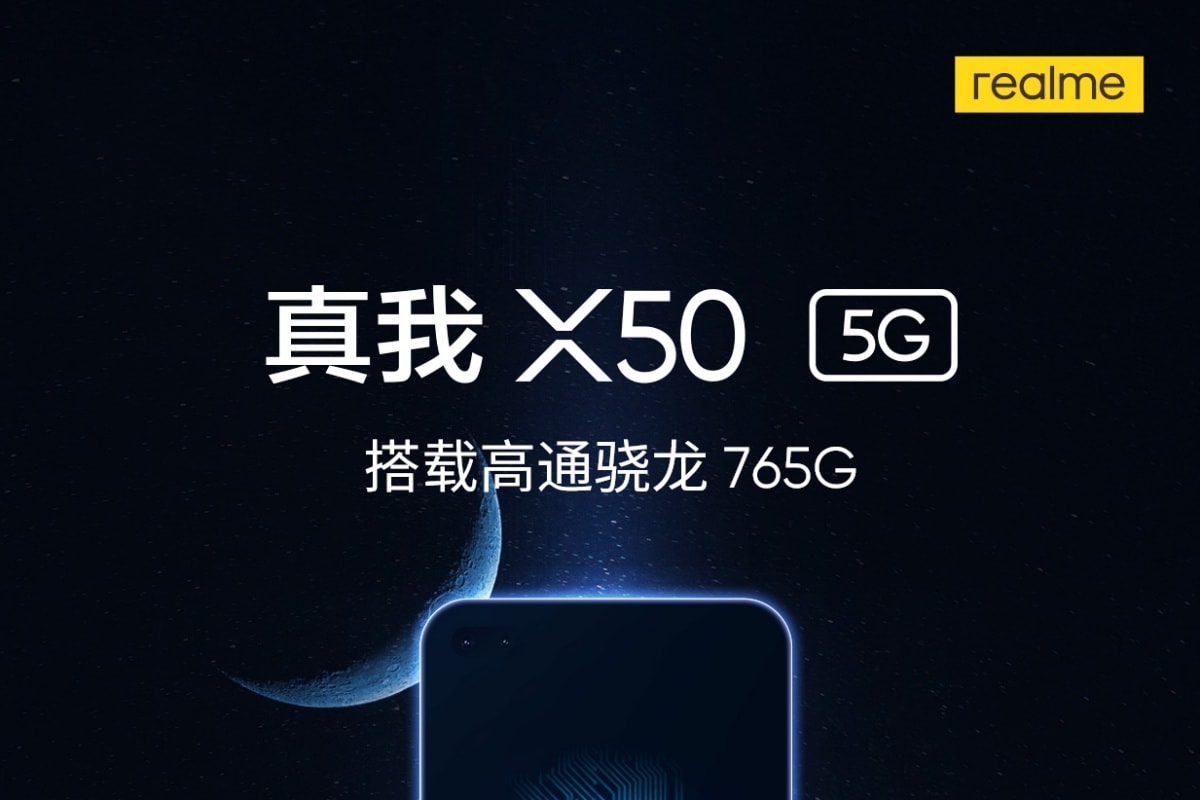 Realme X50 5G, the next-generation Realme smartphone, has purportedly received a certification from China Ministry of Industry and Information Technology (CMIIT). The new phone has said to have received the CMIIT certification with model number RMX2051. Key specifications of the Realme smartphone have also been surfaced online. The Chinese company is likely to launch the Realme X50 5G next month. Further, the smartphone is already confirmed to come with the octa-core Qualcomm Snapdragon 765G SoC. As the phone’s name suggests, it will also support 5G networks in markets such as China.

A tipster on Weibo has posted an image suggesting the certification of the Realme phone with model number RMX2051. It is speculated to debut as the anticipated Realme X50 5G.

The screenshot showing the listing on the CMIIT database suggests that the Realme phone has support for multiple 5G network configurations. Further, the phone has apparently received the certification on December 13.

In addition to the screenshot showing the CMIIT listing, the tipster has share the alleged specifications of the Realme phone that is speculated to be the Realme X50 5G. The phone is said to have a 6.6-inch display with a dual hole-punch design. Also, it is rumoured to include 30W fast charging. The smartphone would also feature a quad rear camera setup that would include a 64-megapixel primary sensor. This is speculated as the Sony IMX686 sensor.

Realme earlier this month announced that the Realme X50 5G will come with the Snapdragon 765G SoC. The new chipset comes with an embedded 5G modem.

If we look at previous rumours, the Realme X50 5G would come with 90Hz refresh rate, up to 8GB of RAM, and a 4,500mAh battery. The phone is also rumoured to have a dual selfie camera setup — along with a 32-megapixel primary sensor and an 8-megapixel secondary sensor with a wide-angle lens.

Earlier this week, Realme Chief Marketing Officer (CMO) Xu Qi Chase suggested that the Realme X50 5G could launch on January 5. The company, however, is yet to officially announce the launch schedule.