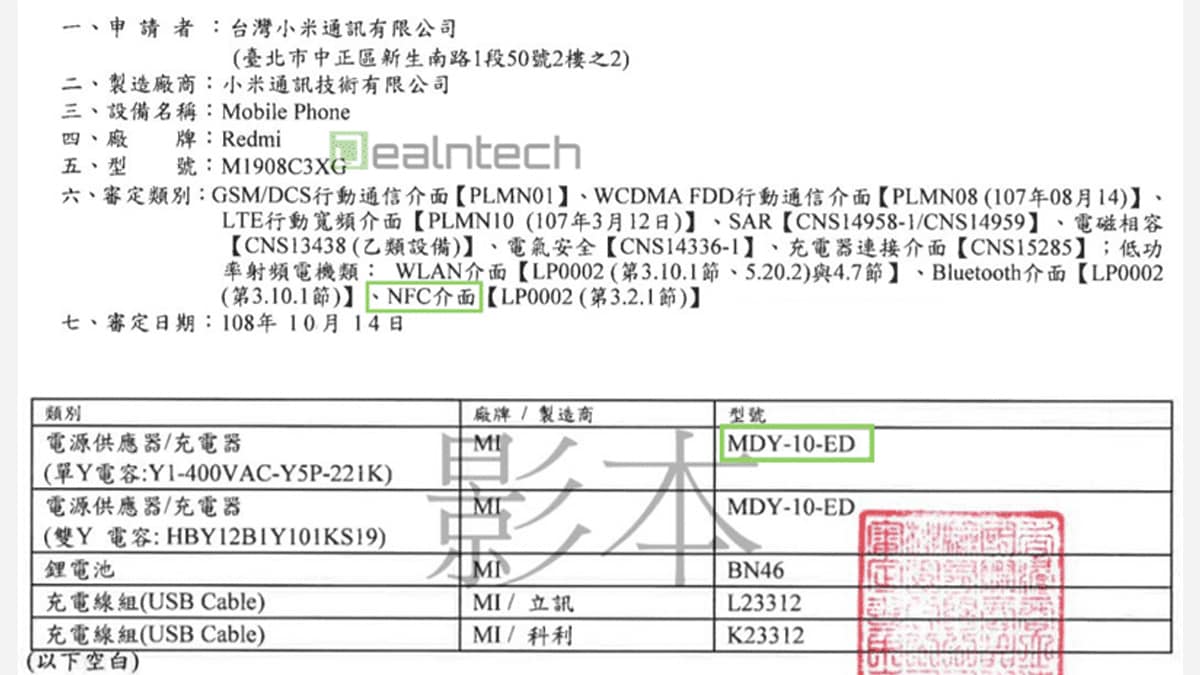 Redmi Note 8 series might have a new addition very soon. The Redmi Note 8T, which has leaked in the past, was recently allegedly spotted in an NCC listing pretty much confirming its existence. The fact that the smartphone is now at the NCC hints that the device is closer to an official launch than before. Interestingly, the specifications are similar to the recently launched Redmi Note 8 with the addition of NFC on the new device. There is still no confirmation by the Chinese smartphone maker yet.

The alleged NCC listing was first spotted by Dealntech. This listing reveals the presence of NFC which was missing on the Redmi Note 8. It is possible that Xiaomi is working on a smartphone with NFC for the global market. The alleged NCC listing shows an M1908C3XG model number and the certification confirms a charger with up to 18W charging support. 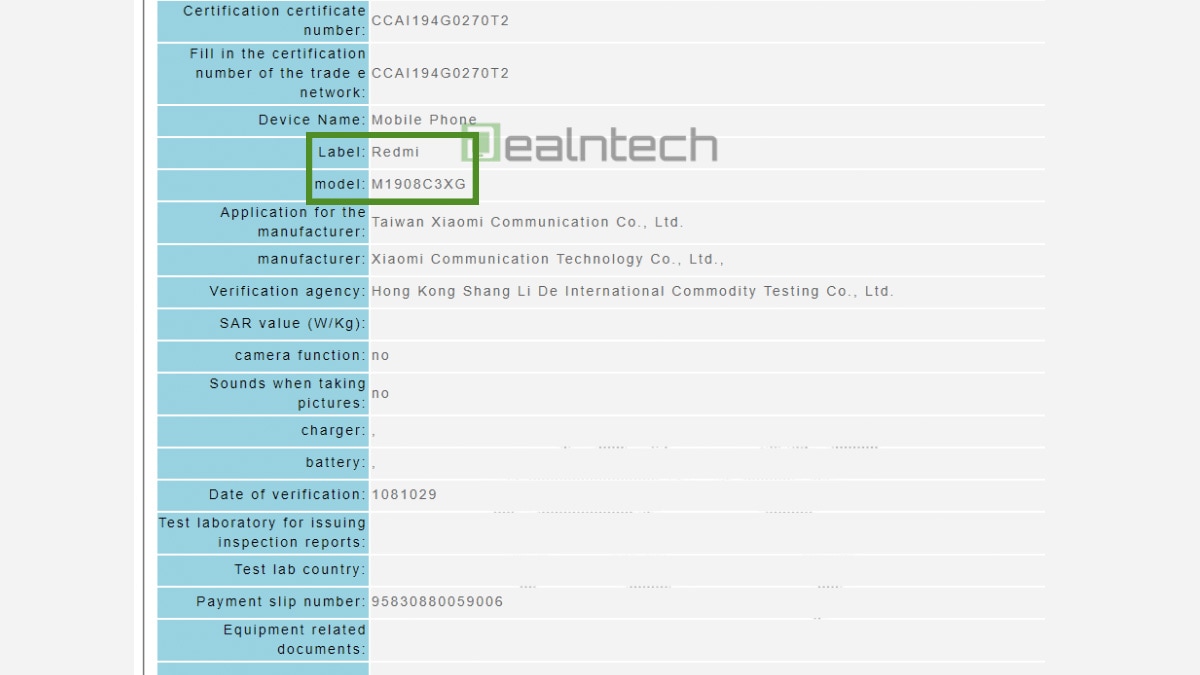 Live images, renders, and the price have leaked in the past leaving very little to the imagination. The information sticker on the leaked live image had also revealed key specifications of this Xiaomi smartphone, such as a 48-megapixel quad-camera setup, 6.3-inch display with a dewdrop notch, Corning Gorilla Glass 5 at the front and the back. The alleged Redmi Note 8T is said to pack in a 4,000mAh battery, sport a USB Type-C port, as well as support for 18W fast charging which is now confirmed in the NCC listing. The NFC support mentioned on the information sticker in the live image leak was also confirmed in this NCC listing.