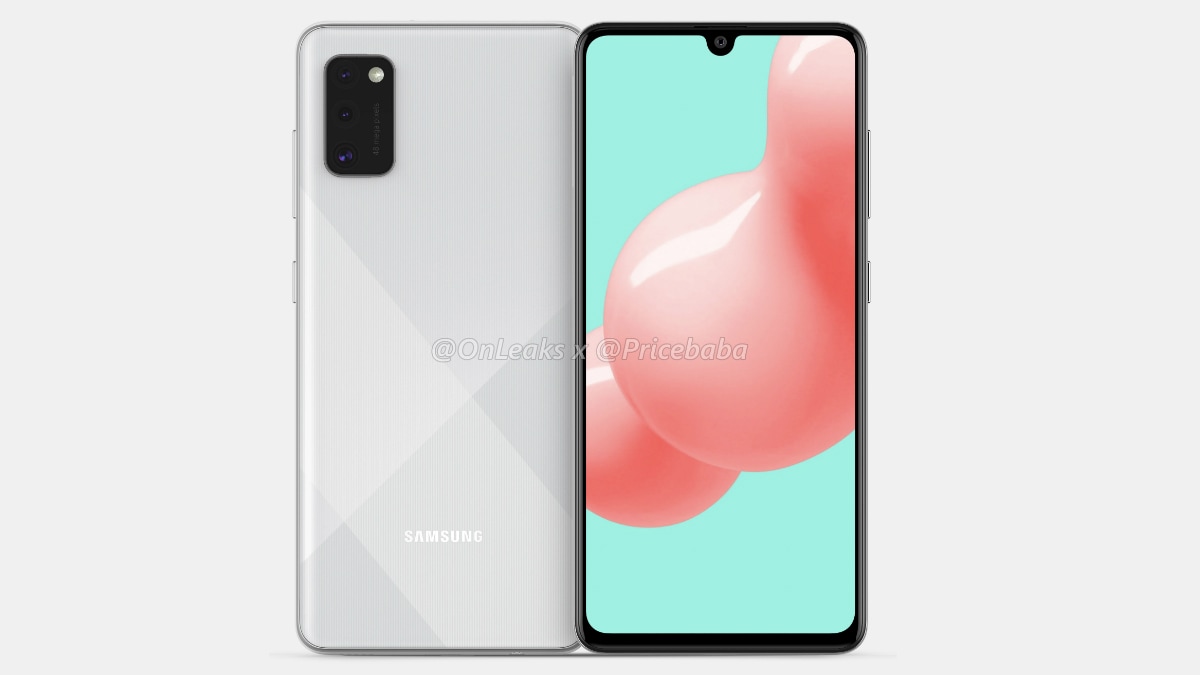 The alleged renders of the Samsung Galaxy A41 have been shared by PriceBaba in collaboration with tipster OnLeaks. Samsung Galaxy A41 can be seen from all angles in the fresh leak. As mentioned, the phone is seen to carry an Infinity-U display, slim bezels on all sides, slight chin at the bottom, and a triple rear camera setup. The rear cameras are placed in a rectangular-shaped camera ring, placed on the upper left corner of the back panel. The three sensors sit one below the other in a straight vertical line, and the flash sits beside them. The renders also suggest the phone will launch in Glossy White and Matte Black finishes, and feature slim metal edges. The 3.5mm audio jack, the USB Type-C port, and the speaker grille can also be seen at the bottom edge of the phone, while the power and volume buttons are on the right edge. The display is flat at the edges, and not curved as seen on several Samsung flagships.

As for specifications, the tipster notes that the Samsung Galaxy A41 will come with 6 to 6.1-inch display size. Additionally, the rear camera setup is expected to include a 48-megapixel main camera. The details about the other two cameras haven’t been shared. There is no rear fingerprint sensor seen at the back, hinting at a probable in-display fingerprint scanner. Lastly, the report suggests that the dimensions of the phone may be at 150x70x7.9mm, and the thickness around the camera bump will be at 8.9mm.

Previous leaks suggest that the Galaxy A41 will run on Android 10, pack 4GB RAM, and be powered by the MediaTek Helio P65 octa-core processor. The phone is also reported to include 3,500mAh battery, higher than the 3,000mAh battery offered on the predecessor Samsung Galaxy A40.