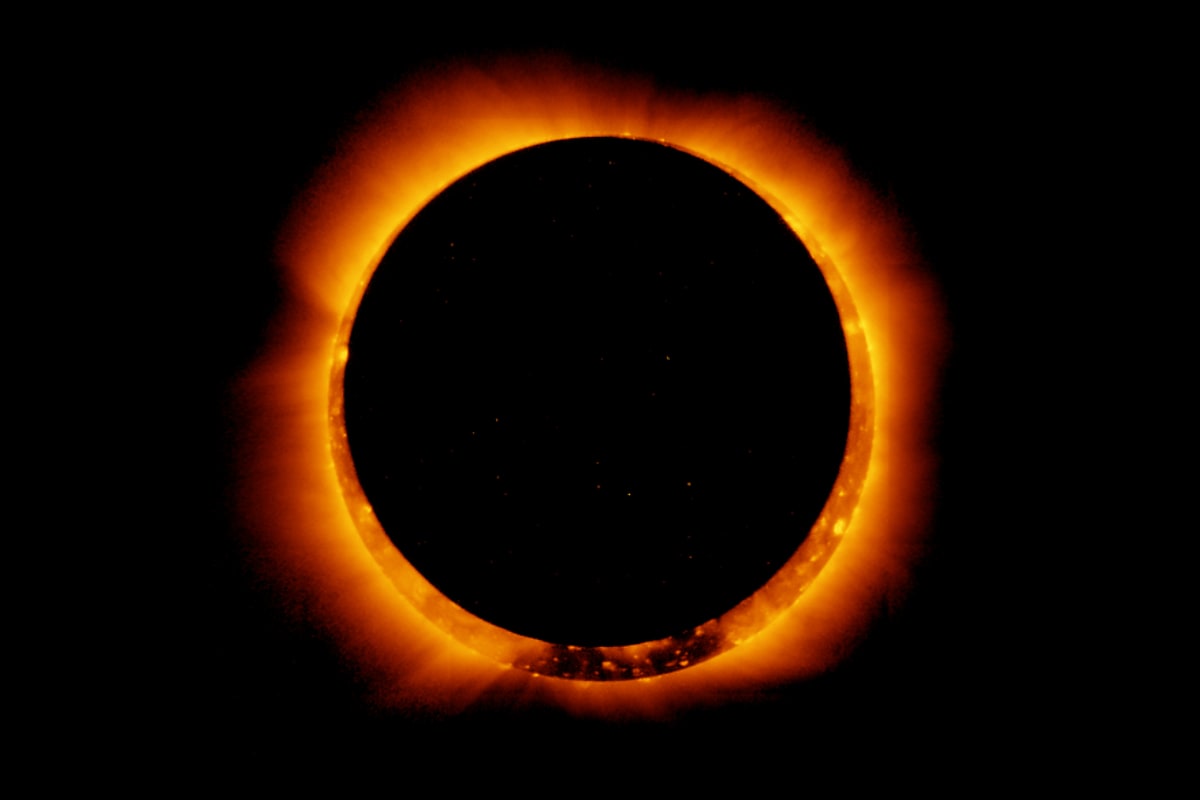 While the world is busy celebrating Christmas, a solar eclipse (also known as Surya Grahan) is scheduled to take place to augment Christmas Day’s celebrations. This will be the final solar eclipse of 2019 and instead of being a total eclipse, it will be an annular solar eclipse that will appear as a “ring of fire”. It will begin at around 8am IST on Thursday, December 26. The annular solar eclipse 2019 will be visible in most of Asia alongside North/ East Africa, and North/ West Australia. A partial eclipse will be visible in the Asia Pacific and Indian Ocean region. If you don’t want to step out to catch the eclipse or live in a region where it won’t be visible, worry not, some online sources will live stream the eclipse online.

The solar eclipse 2019 will begin at 7:59am IST. It will initially be visible as a partial eclipse and emerge in Riyadh, Saudi Arabia first. However, the partial eclipse will also be visible in various Indian locations such as Bengaluru, Mumbai, and New Delhi alongside places such as Doha, Dubai, Kuwait City, Karachi, Kuala Lumpur, Jakarta, General Santos, Davao, and Saipan, as mentioned on Norway-based TimeandDate.com.

In India, the solar eclipse will be visible in most southern states, including Karnataka, Kerala, and Tamil Nadu. It will also appear in some parts of Saudi Arabia, Sri Lanka, Singapore, Indonesia, and Guam.

The time provided by astronomers is based on estimations, and it may change due to natural changes. Also, it is not necessary that the eclipse will be clearly visible across all the listed places because of the weather conditions.

How to watch solar eclipse 2019 live

If you’re in one of the locations where the solar eclipse 2019 will be visible on Thursday, you can go out to experience the ring of fire effect with your own eyes. It is important to take eye protection into consideration while watching the eclipse live. Moreover, there are some online sources that will live stream the solar eclipse 2019 online for those who don’t live in the locations from where the eclipse is visible.

Canary Islands-based Slooh Observatory will kick off the live stream of the solar eclipse 2019 through its YouTube channel. The live stream will begin at 8:30am IST with feeds from the Middle East and Singapore.

That being said, NASA hasn’t provided any official links for live streaming the solar eclipse 2019. You can, however, check the live feed of TimeandDate.com on its YouTube channel to get details around the annular solar eclipse.