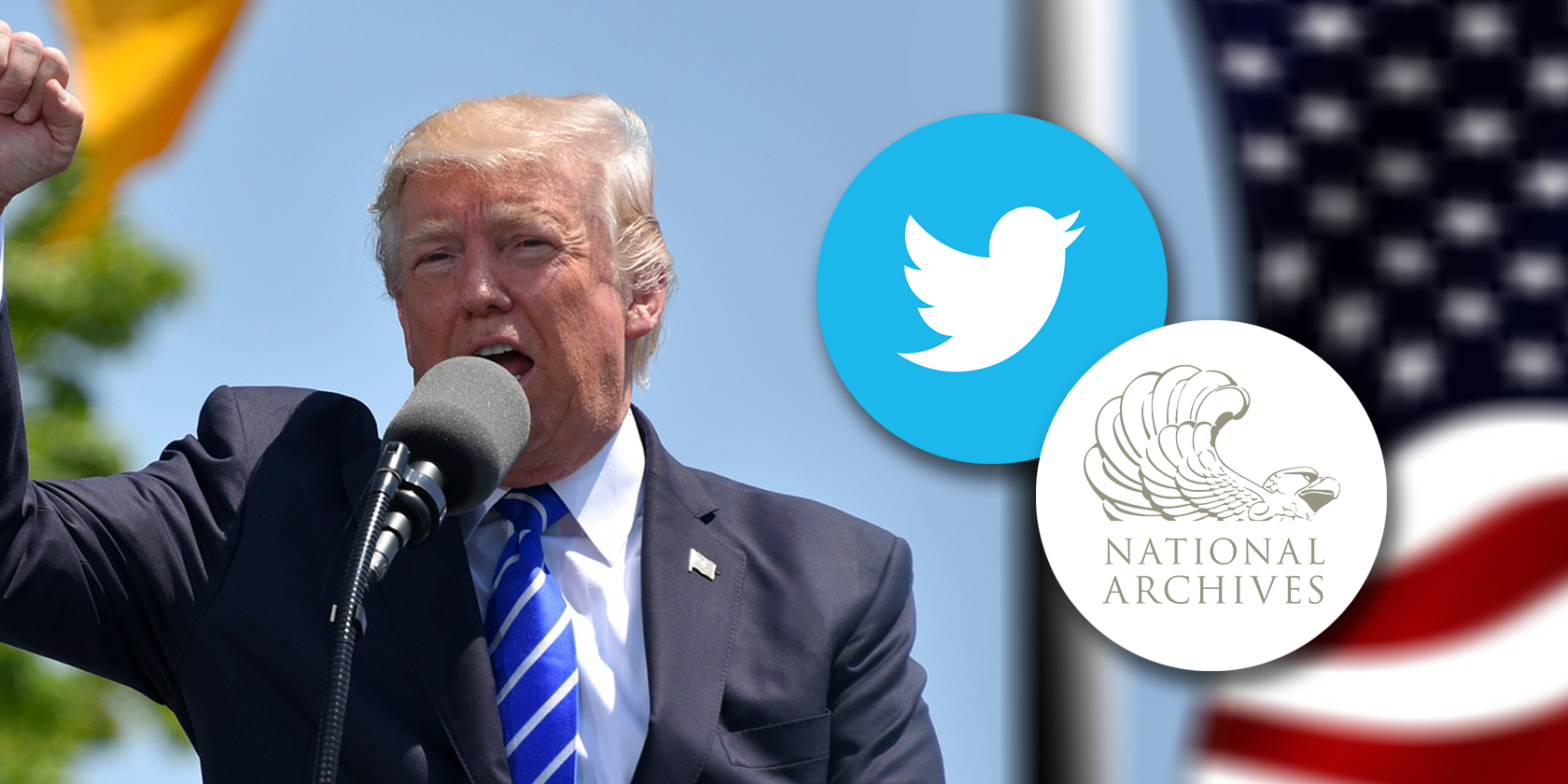 The Twitterverse has gotten ever so slightly less chaotic with the lack of Donald Trump’s presence.

Amidst all the discussion of if, when, and how the former US president will return to social media is a bit of friction between Twitter and the agency that maintains the National Archives.

On Wednesday, the National Archives and Records Administration (NARA) reported to POLITICO that Twitter will not allow the government record agency to archive tweets from the @realDonaldTrump account.

The tweets of archived accounts can still be retweeted, liked, and replied to, and that’s probably why Twitter won’t allow the same treatment for Trump’s personal account. Twitter spokesperson Trenton Kennedy said the following in an email:

Given that we permanently suspended @realDonaldTrump, the content from the account will not appear on Twitter as it did previously or as archived administration accounts do currently, regardless of how NARA decides to display the data it has preserved.

Naturally, there are sides to every debate. Some people believe that even though Trump has tweeted things in violation of the Twitter Rules, his personal account should still be archived because he once held office.

On the other hand, you have folks that think keeping his old statements somewhere online may be dangerous.

So what does this mean, exactly? Well, it looks like NARA is going to have to get creative with how it’ll make Trump’s 26,000 deleted tweets publicly accessible, since Twitter won’t let the agency host them on its platform.

NARA spokesperson James Pritchett says that the archiving process is still underway despite this bump in the road. Federal archivists are “working to make the exported content available (…) as a download” from the Trump Presidential Library.

Pritchett also confirmed that all of the tweets posted by the @realDonaldTrump account will be recorded.

“NARA intends to provide public access to all captured and preserved Presidential Record social media, including any blocked or deleted Tweets,” he said.

Trump was banned from Twitter in January, as he was accused of posting comments that encouraged violent behavior (that led up to the eventual storming of the US Capitol). A month later, the company confirmed that the ban was permanent, even if Trump were to run for president again.

Twitter isn’t the only company that wants Trump completely off its app and website. Trump tried to get back onto Facebook through his daughter-in-law’s page, but the video was soon removed.

Apparently, content posted “in the voice of Donald Trump” will result in their removal and additional account limitations.