Twitter seems to have started labelling tweets with its “hacked materials” warning that contain links to news stories based on hacked or leaked documents. The update isn’t brand new as the microblogging network briefly blocked links to a New York Post story in October last year that was allegedly based on the material obtained from a laptop of US President Joe Biden’s son, Hunter Biden. It overtook the original decision after facing a public outrage, though. However, Twitter now appears to be rolling out the warning label more broadly.

As first reported by Mashable, Twitter added the “hacked materials” warning label to a tweet posted by independent news website The Grayzone. The label reads, “These materials may have been obtained through hacking.” The social networking platform also introduced a pop-up to the same tweet that warned users about the “hacking” material while retweeting and included a link which takes to the company’s ‘distribution of hacked materials’ policy. 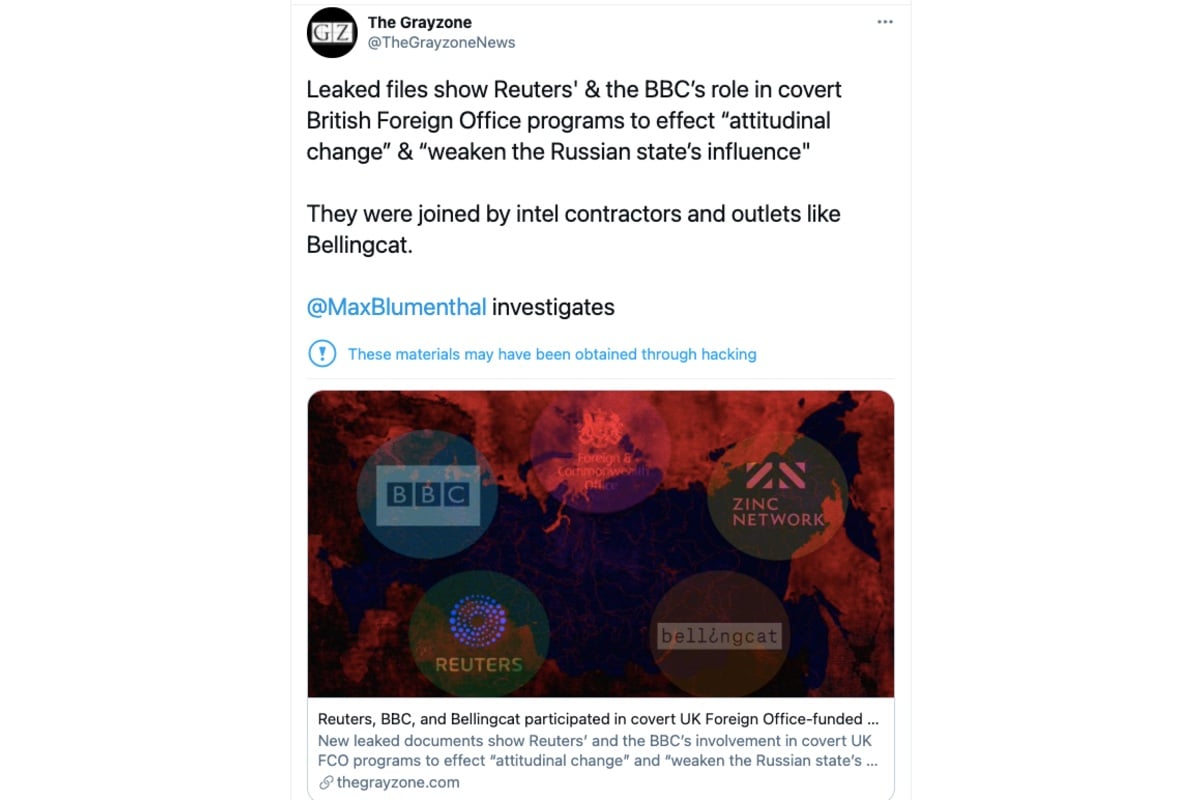 The tweet in question, that was posted on February 20, included a link that is about a story based on hacked and leaked documents allegedly showing the participation of BBC and Reuters in a programme created by the UK government. That programme was said to “weaken Russia’s state influence.”

Some users on Twitter shared that same link through their accounts, and those tweets also included the same warning label.

In addition to that particular link of The Grayzone site, a separate tweet containing the link of an Italian outlet also included the “hacked materials” warning label. That link was about a tweet regarding Pfizer’s COVID-19 vaccine, and it was posted on January 16. Similarly, another tweet in which a music video of English singer Rick Astley was shared on February 24 carried the same label.

Twitter didn’t respond to a request for comment on the update at the time of writing this report.

Last year, Twitter blocked links to the New York Post story that talked about the materials related to Hunter Biden’s laptop. The company initially restricted users from retweeting and sharing the links to the story even in direct messages on the platform. However, it updated its policy for “hacked materials” after facing user criticism for blocking access to the news story.

“Under this policy, we may label or apply warning messages to Tweets containing or linking to real or synthesised hacked materials where these Tweets do not constitute direct distribution,” the updated policy says.

Twitter also mentioned in the policy that in cases “where discussions of or reporting about hacking or hacked materials constitutes indirect distribution (unless the people or groups directly associated with a hack are responsible for the production of the discussions or reporting),” it would result in a label or a warning message.

It isn’t clear yet what constitutes “hacked materials” and whether Twitter has an exception for investigative journalism.

Does WhatsApp’s new privacy policy spell the end for your privacy? We discussed this on Orbital, our weekly technology podcast, which you can subscribe to via Apple Podcasts, Google Podcasts, or RSS, download the episode, or just hit the play button below.