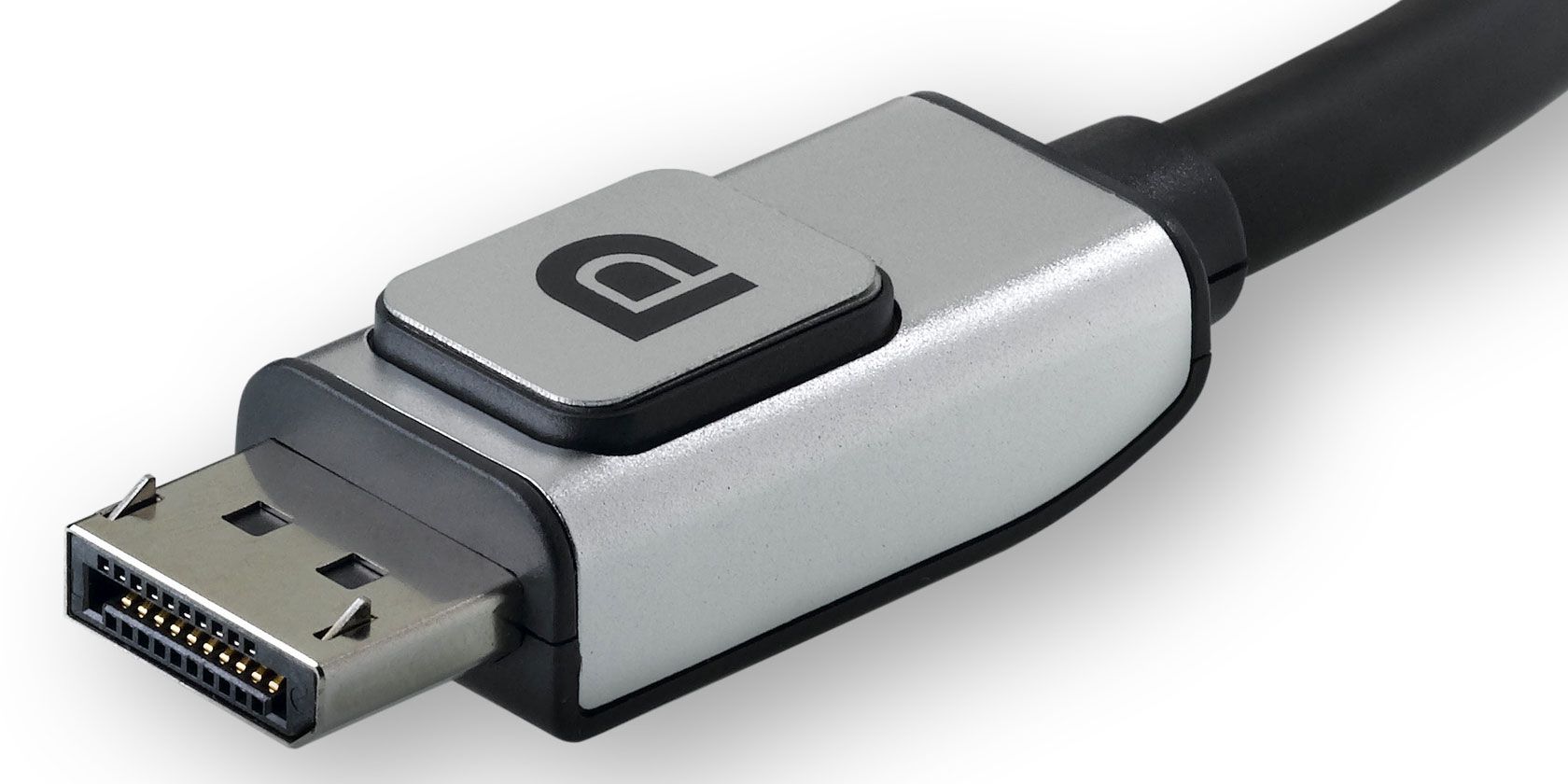 DisplayPort 2.0 is the first major update to the protocol for many years. It promises faster data transmission, increased video resolution, and support for advanced display configurations.

So, what is DisplayPort 2, what are its benefits and features, and what makes it better than DisplayPort 1.4a?

Read on to find out answers to all these questions and more.

With the newer DisplayPort 2, you get a massive 300 percent increase in bandwidth over the previous generations of DisplayPort, allowing for audio and video transmissions over a single cable with support for Display Stream Compression (DSC), High Dynamic Range (HDR), and Forward Error Correction (FEC).

DisplayPort 2 now features 80Gbps bandwidth, which was previously only 25.92Gbps with DisplayPort 1.4a. The upgraded data bandwidth allows you to display ultra-high resolution video at previously impossible refresh rates.

Furthermore, DisplayPort 2 now natively handles up to two 4K monitors at 144Hz simultaneously, or one 4K 144Hz and two 1440p monitors, and an 8K monitor of up to 85Hz refresh rate.

Do You Need DisplayPort 2?

If you’re a gamer, DisplayPort 2 means that you’ll be able to run two 4K 144Hz monitors over a single cable without using compression. Furthermore, you’ll also be able to use one 4K 144Hz and two 1440p monitors simultaneously.

So, if you feel like you’ll need this functionality, DisplayPort 2 is for you.

When Is DisplayPort 2 Coming?

At first, DisplayPort 2 was expected to come out at the end of 2020, but due to the COVID-19 pandemic and worldwide lockdowns, it was delayed. Now, DisplayPort 2 is set to appear sometime in late 2021.

The exact date still isn’t clear, as VESA still needs to conduct PlugTests which couldn’t be completed in 2020. VESA is an organization that standardizes DisplayPort technology.

There are always some drawbacks to a new cable standard, and DisplayPort 2 is no exception.

One of the biggest successes of DisplayPort is how it’s been incorporated into other cable types. Over the years, USB Type-C and Thunderbolt 3 ports have used DisplayPort 1.4 tech to enable high-bandwidth audio and video data streams, along with power, over a single cable.

Yes, DisplayPort 2 uses the same classic DisplayPort connector as its predecessors, making it backward compatible with all the previous DisplayPort standards.

The type of cables you need entirely depends on your needs. Much like Thunderbolt 3, DisplayPort 2 requires active cabling with transceivers at both ends, making them more expensive.

Fortunately, with 40Gbps or less bandwidth requirement, you can still use passive cables.

Related: Display Port vs. HDMI—What is the Difference and Which is Best?

DisplayPort 2.0 vs. HDMI: Which Is Better for Gaming?

Although, if you buy the new GeForce RTX 30-series graphics card, HDMI 2.1 might be a better option for you. It is also needed for you to connect your PC to a TV because the only G-Sync compatible displays right now are the TVs that support HDMI 2.1.

DisplayPort 2 is definitely worth waiting for because of its exciting advancements over the previous generations of DisplayPort standards.

There are many illegal options. Want to stay within the law? Here are several legal ways to watch movies online.